Bongtoogi is the Korean Art of Stick Fighting. It directly translates to “Stick Fighting Skill.” Like Gumtoogi, Bongtoogi stresses the importance of facing your opponent without fear or hesitation, and only with conviction and courage. The Bongtoogi Warrior must have a clear mind, resolute determination, and commit to each strike as though it is the last strike he will ever throw. 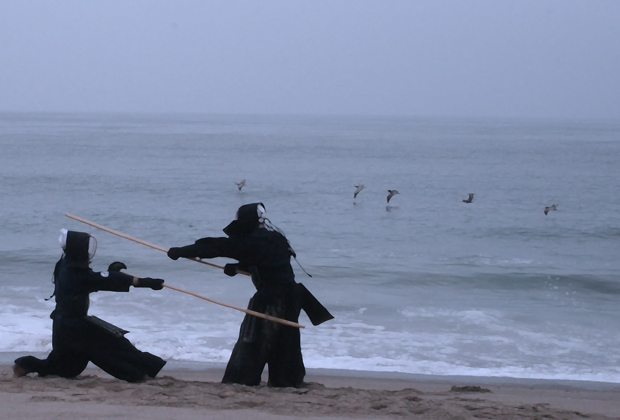 Our goal is to offer the student the most comprehensive and complete martial arts experience. In order to truly understand and effectively apply the techniques one has learned, you must practice them in dynamic freeform – sparring with unrehearsed movements. Every movement has to be more than second nature; it has to be ethereal. The Bongtoogi Warrior must be ready to strike before he even has time to think. This is the benefit attending a special class to practice weapon fighting.

Every journey begins with the fundamental theory. The Warrior starts with a Jang Bong (battan staff), covering the basic principles of Bongtoogi, then later moves on to other traditional weapons.